Subterranean crypt concealed under the Jesuit church was established during the church construction in the early 1770s. Members of the order, as well as notable citizens, noblemen from the surroundings and other benefactors were buried here. Burying in the crypt was ended by the Emperor Joseph II's patent in 1783. Thanks to an elaborate system of air circulation bodies in oak coffins were gradually mummified and conserved. When Jesuits left Klatovy, the ventilation system was not maintained anymore and because of inappropriate building adaptations executed in the 20th century it got almost destroyed. In 2011 the ventilation system was completely restored, with a modern exhibition installed in the crypt that describes the history and influence of the Jesuit Order. The crypt can be visited through the entry from back the baroque Jesuit church in Denisova Street. 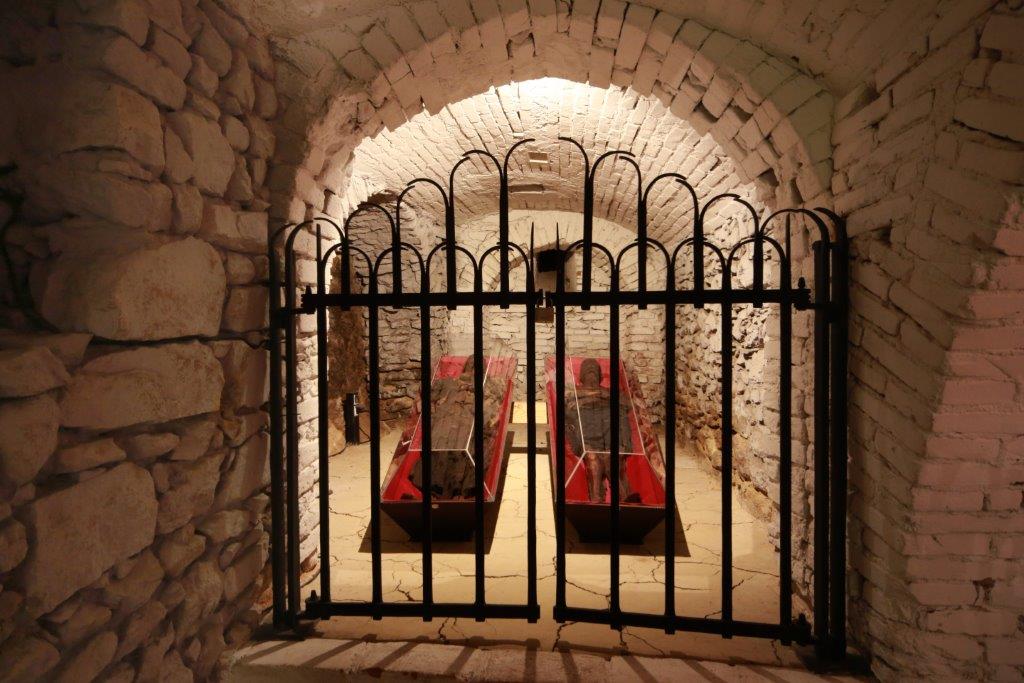 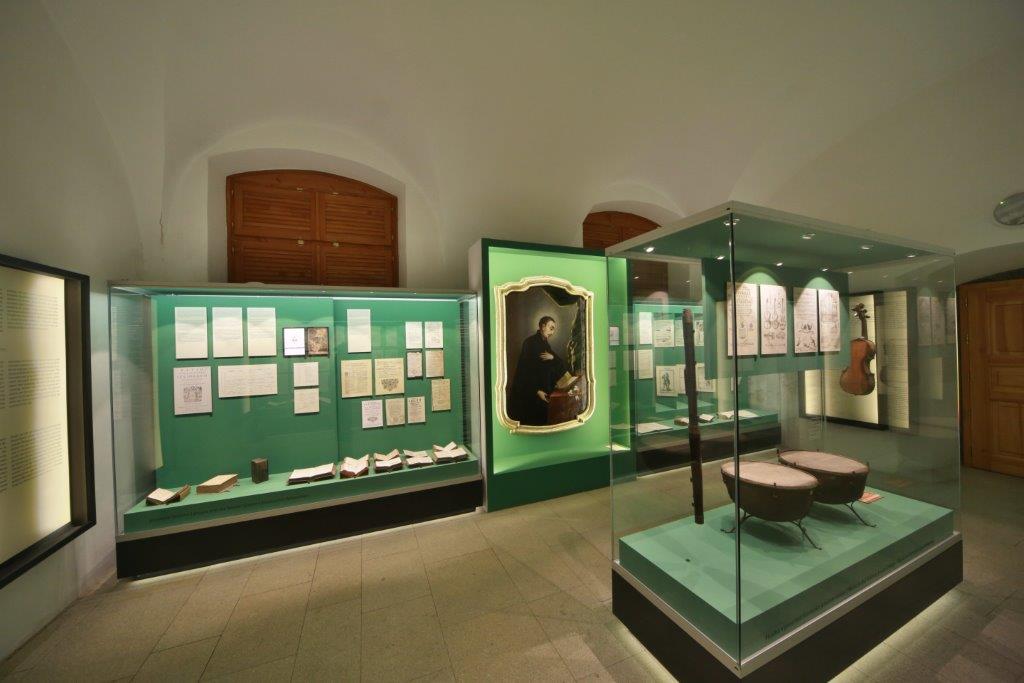